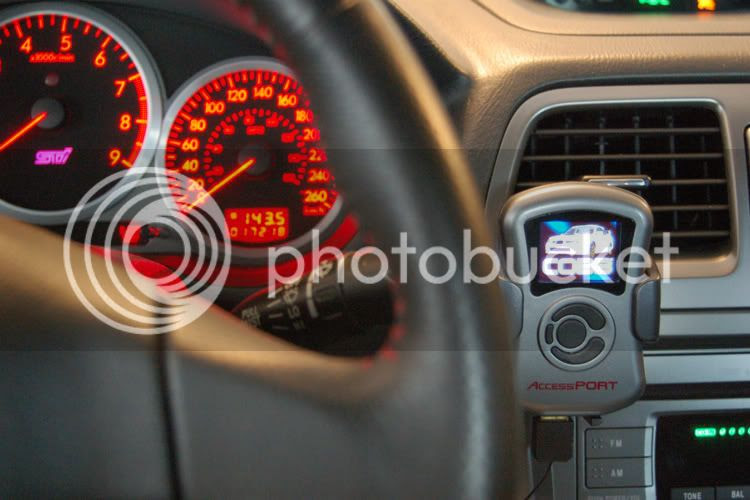 I was out again today running some errands and took the opportunity to give Baby Aston her first ride in the STI. One thing that's always "imprezed" me about the Impreza is how kid-friendly the back seats are. I had no problem fitting the rear-facing infant seat in the center position, and the seat belts held everything tight and in place without any fuss--even without the base for the car seat (which is installed in the Odyssey).

I'm also really liking the way the car is performing--especially with power available lower in the RPMs....

I used to just cruise around 3000-4000 RPM because I liked having that instant response available from the engine. With the reflash, today I was able to cruise uphill in 4th gear at 2000 RPM and still feel the STI pulling well and able to pass (normally, i.e. legally) without a problem. Once RPM gets to 2500, it really starts to pull (quicker, i.e. less legally :devil: ). Before the upgrade, I remember trying to cruise at 2000 RPM felt like there was a lot of lag. Now I'm able to cruise at a lower RPM but still have plenty of power--I guess that will save me some gas money :lol:.

When I'm heavy on the gas, the STI was always quick, but with the reflash, the butt-o-meter feels just that extra bit quicker: you hit the right RPM and then it's just jumps like a rocket--but smoother than stock. I know I'm trying to describe something subjective, but I hope that make sense. It's like driving a totally different car--and the stock STI wasn't too shabby to begin with!

I also had a chance to try switching to a real-time map. It only takes a minute or so to reflash on top of the base map. Since I needed to underground park for a couple of hours, I tried the Anti-Theft map:

It works! :biggrin: When I turned the key, the engine started up but then died right away. When I was ready to leave, I just reflashed the proper map and away I went.