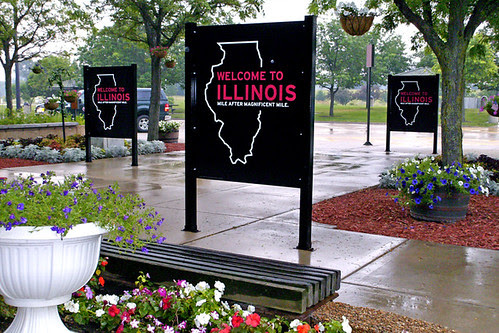 If you notice the date of this post, it's obvious that I'm several days behind and I apologize. We arrived in the Washington, DC area Friday night and have been busy with a number of things so I'm just now trying to catch up.

The drive from Black River Falls to Fremont, Ohio (just east of Toledo) on Thursday was a long one because we made a couple of extra stops in Madison, WI and Chicago, IL. Also, reaching more populated areas meant the speed limits dropped and traffic increased. Oh, yeah, we also had to drive through a couple of thunder storms. 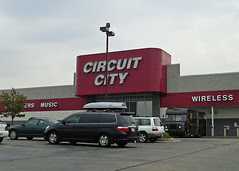 Our first big stop was to find a Circuit City store somewhere along our route. I wanted to buy a Sony DSC-N2 digital camera (which got good ratings in Consumer Reports, July 2007) and I knew Circuit City used to carry it. "Used to" because just a couple of days earlier I saw it advertised for sale on their web site. However, the night before when I looked again, it was gone. Simply deleted with no indication that they carried it at all. When I arrived at the store in Madison, I found out why: the camera was on clearance and there was only 1 open-box and 1 demo for sale. I knew the camera was available online at other places, but I wanted it in my hand so I bought the demo for $250. The online Sony store still lists the sale price at $350. 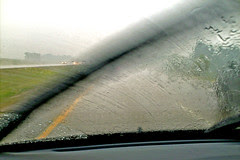 Our next detour was going to be in Chicago but before we got there we had to out run a thunder storm. Actually, we went through it as it traveled eastward and encountered some really heavy rains and visibility was very poor. By the time we reached Illinois we had gotten ahead of it, but it was moving fast so as we finished our lunch at the first rest stop in Illinois, the thunder and lightning had caught up to us and we got back on the road again. 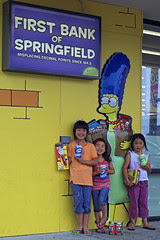 The reason for the quick stop in Chicago was to visit one of 11 Kwik-E-Mart stores remodeled to promote the new Simpsons movie. I was surprised to see that even after almost a month, store was still very busy with people like me taking pictures and buying merchandise. I got my best haul here :0).

We were treated to a spectacular lightning show as we drove into the night in Ohio. There were two storm cells that we seemed to be following and it was exciting seeing huge bolts of electricity light up the clouds and landscape. There was one time that it seemed we were getting closer and we could feel the rolling thunder vibrate through our van. One got so close to us that it sounded like a crack of a cannon that had been shot along the highway next to us.

Anyway, with all that happened that day, we didn't check in to our hotel in Fremont until after 10:00 pm. We were tired, but it was a satisfying day and only slightly annoying/disappointing to find that there was no elevator to get to our 2nd-floor room.