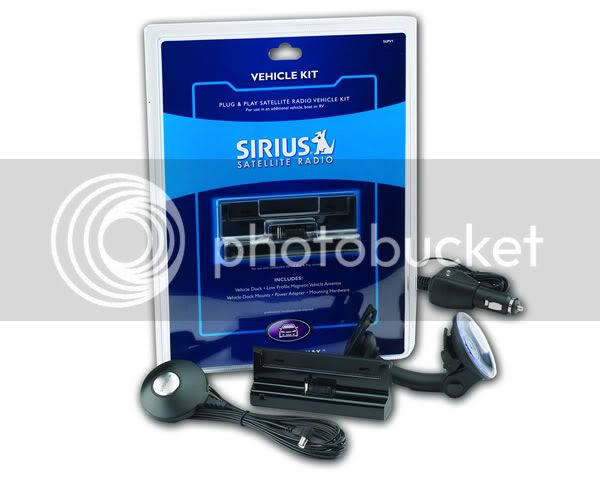 For Father's Day my wife bought me a universal car kit for the Sirius Stratus satellite radio we got a couple of weeks ago. (Check here for my earlier impressions about the Sirius Stratus.) I had been sitting on the fence about it, and it was nice to have the decision made for me :0)

I spent Sunday afternoon setting it up in the STI and I also tidied the installation in the Odyssey.

The universal car kit comes with a suction cup mount--something that the Stratus radio kit lacks. This was not a problem in the Honda Odyssey because the windshield is too far out of reach to put the radio. In the Subaru, however, the suction cup mount gives the radio a stable and secure place to be. Besides, the COBB Accessport is already mounted on one of vents so I really wouldn't want to put something else there. 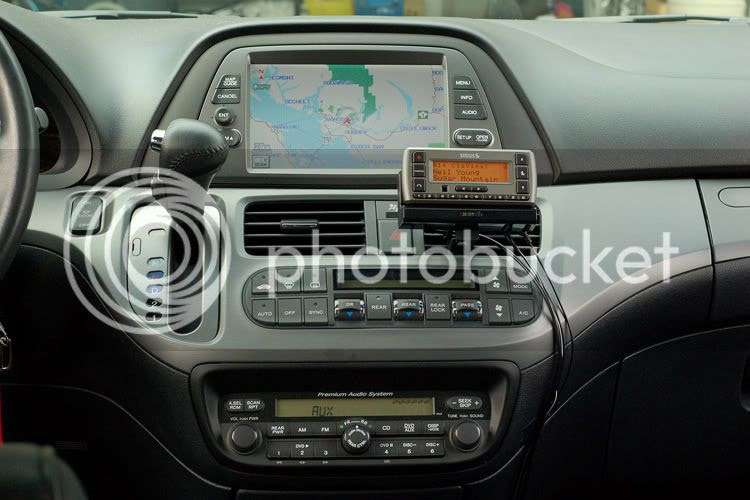 The docking station is slightly different in the new kit. Instead of having the plugs for power, satellite antenna, FM antenna, and AUX coming out of both sides, they have been moved to the rear which is much tidier. So I decided to swap that docking station with the one in the Odyssey. That allowed me to have all three wires (power, antenna, AUX) coming out one side. 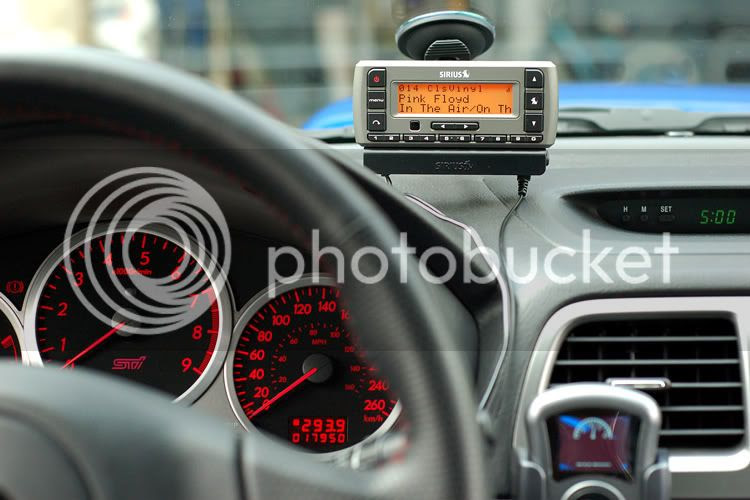 Since I'm not using the AUX output in the STI, I have one less wire to worry about and even with power and antenna wires coming out of different sides, it doesn't look too bad. To my surprise, the sound through the Sirius radio's built in FM transmitter was very good. I heard no background static like I did in the Odyssey. I am also using the FM transmitter antenna, but could tell no difference with or without it.

I decided to try a different location for the satellite antenna in the STI. First I put it on the rear deck at near the bottom of the back window. Unfortunately, reception there was very poor. I could only achieve a maximum of 1 (out of 3) bars and the sound kept cutting in and out. The best location (other than the recommended spot outside of the vehicle) was on the front dash next to the passenger A-pillar (same as in the Odyssey). Interestingly enough, when I had the antenna under the dash, I was able to get a fairly strong signal. I would have kept it there, but I couldn't find an appropriate place to put the antenna without removing the dash panel. (The GPS antenna in our Odyssey is under the dash.)

Overall, I'm happy with the installation in the STI and I tucked in the wires as much as I could. The only problem is the power plug taking up the only 12v plug I have. It means that when I'm using the radio, the ash tray door has to remain open and my rechargeable VW Touareg LED flashlight is unplugged and rolling around.

I also played around with the satellite antenna location in the Odyssey. I would have mounted it in the recommended location on the roof, but since we'll be carrying a cargo box during our road trip this summer, it wouldn't have worked. In the current spot on the front dash next to the passenger A-pillar, the signal gets lost easily when the vehicle is next to very tall buildings and trees. When I tried putting the antenna in the center of the dash, the signal was weaker. When I put it next the to driver-side A-pillar, the signal was good, but would drop everytime the windshield wiper went over it--yes, it was raining today :0) So the passenger-side A-pillar seems like the best location. (I heard that this was also the official Subaru choice for antenna placement in the 2007 STI's.)