Survivor: Fiji -- Love Many, Trust Few, Do Wrong to None 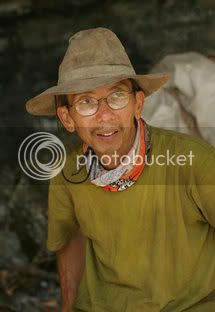 I'm a little bummed out this morning. My favorite Survivor: Fiji player Yau Man got voted out of the final four because of a calculated risk. Even worse is that Global TV messed up the programming during last night's finale and played commercials during the pivotal tribal council--the entire tribal council :rolleyes:....

On top of that, they cut the last few minutes of the 1-hour reunion. Right after Jeff Probst said that they'll be right back to show some previews of the next season of Survivor, Global started showing the credits. This was after they had showed the Debbie Travis and House commercials three times in a row! Arrgh!!!

If you haven't been watching Survivor: Fiji, in an earlier episode Yau Man had won the new car reward and made a deal with Dreamz to give him the truck if Dreamz would give him the immunity idol if he won it during the final challenge. Well, Dreamz broke his word and Yau Man got voted off, leading to the most lopsided victory in Survivor history: Earl won the $1 million with no opposing jury votes.

One of the reasons that Yau Man was one of my favorites was because he was such an underdog. He was old and small, but in fact won many challenges over the young jocks. I'll always remember the expression on some of their faces when they saw the scrawny Yau Man perform better than themselves!

He explained his philosophy in one of the tribal councils: Love many, trust few, do wrong to no one. Yau Man is my idol!