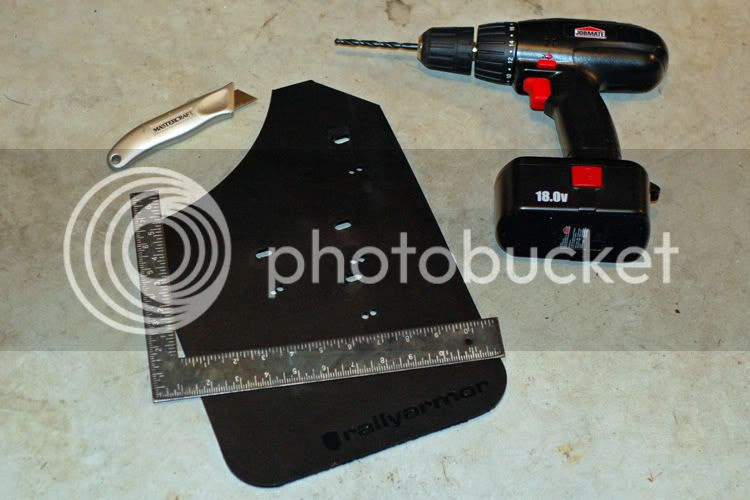 Because they are designed in the rally tradition, Rally Armor mud flaps are a great way to protect the STI. I did find, however, that because they were so large, the flaps would occasionally scrape the ground....

...especially going over tall speed bumps or through fast dips in the road.

Now that I installed the RCE sport suspension and dropped the STI's ride height by about 1", the scraping became more consistent. Speed bumps were the worst. So I modified them last night by drilling new mounting holes 1.5" lower. It was easy to do and I didn't need to remove the wheels to get to the rears. I just lifted the car and once the suspension was extended, my stubby Philips screwdriver could access the screws easily.