I installed Rally Armor mud flaps on the STI tonight. I had actually ordered them quite a while ago, but instead of having them shipped to Canada, I just had my dad bring them back with him on his return from Washington, DC. I couldn't wait to install them so after returning from the airport, I had a late dinner and then when down to the garage. The package from Rally Armor came with a set of four flaps and all the mounting hardware. I printed the installation instructions from their web site. The flaps are really rigid so they should hold up well. I'm looking forward to see how effective it is at keeping the sides of the car clean....

Installation was straight forward with clearance at the rear wheels being the only issue. The stubby screwdriver was too long and the socket wrench with the screwdriver adapter did not fit either. I've seen other people post the tools they used so they could do the install without removing the wheels (like a 90-degree screwdriver) but I didn't have anything like that. I even tried to use a pair of pliers to hold the screw bit--that didn't work at all. A vice grip would have been beter, but while I was digging through the clutter of my tool box I remembered that I had one of those mutli-tool Leatherman-style knives in the car. That worked out perfectly because I could turn the scew bit 90 degrees. If I hadn't had found that I would have had to remove the rear wheels. 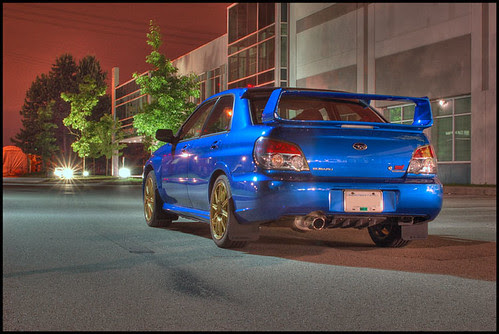