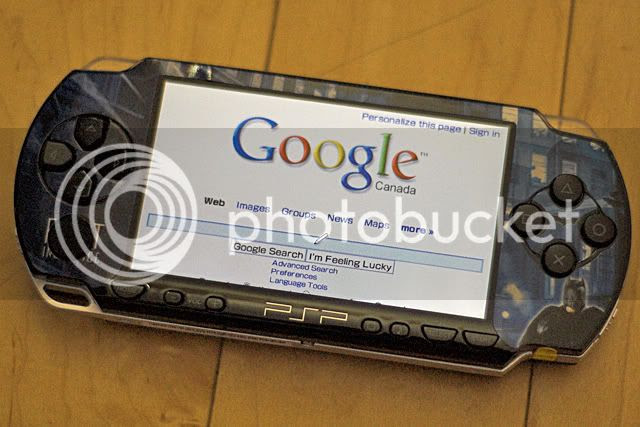 The last time I mentioned my new Sony PlayStation Portable, I talked about homebrew and downgrading the system software. The problem with downgrading to an older version is that you lose the new features and capabilities that Sony has introduced in the newest versions. That is, unless you run an emulator :0)


One of the features that sold me on the PSP was the built-in Wi-Fi. With that, I am able to surf the web whenever I have access to an available hot spot. My PSP originally came with version 2.71 software which also gave me the ability to subscribe to RSS feeds. Since I subscribe to several RSS feeds (see my Blogroll on the sidebar) I was disappointed when I found out that the PSP didn't support text feeds.

It does, however, support streaming audio feeds--podcasts--so that's been a lot of fun. Plus, with the latest 3.3 update which I'm emulating, it also supports video podcasts (vodcasts). The vodcasts must be saved to the memory stick first before viewing, but there's a timer that you can set on the PSP that allows you to download your RSS feeds at a specific time so that you can listen to or view them at another time when you don't have access to the net. 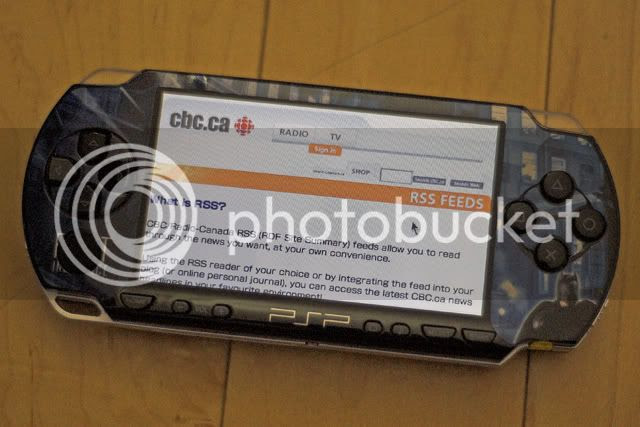 So far I've subscribed to podcasts from CBC, CNN, and the BBC. Last night, I found the Global TV podcasts and they offer the entire 20 min show for downloading.

I've also transfered a couple of movies (Talladega Nights: The Ballad of Ricky Bobby and The Fast and Furious: Tokyo Drift) to watch on the PSP. Because of that, I have the PSP with me all the time and it's replaced the PDA that I used to carry. Anytime I'm waiting somewhere or otherwise bored, I can take it out and play a quick game of Ace Combat X, or Burnout Legends, or NFS: Carbon; or watch a movie; or listen to the latest episode of Quirks and Quarks; or catch up on the latest news around the world. It's great what you can do with a 4 gig memory card!

And with the PSP, boredom is no longer an option :0)