A Visit to the GM Dealer... What a total waste of time! Three and half hours of wasted time!!! 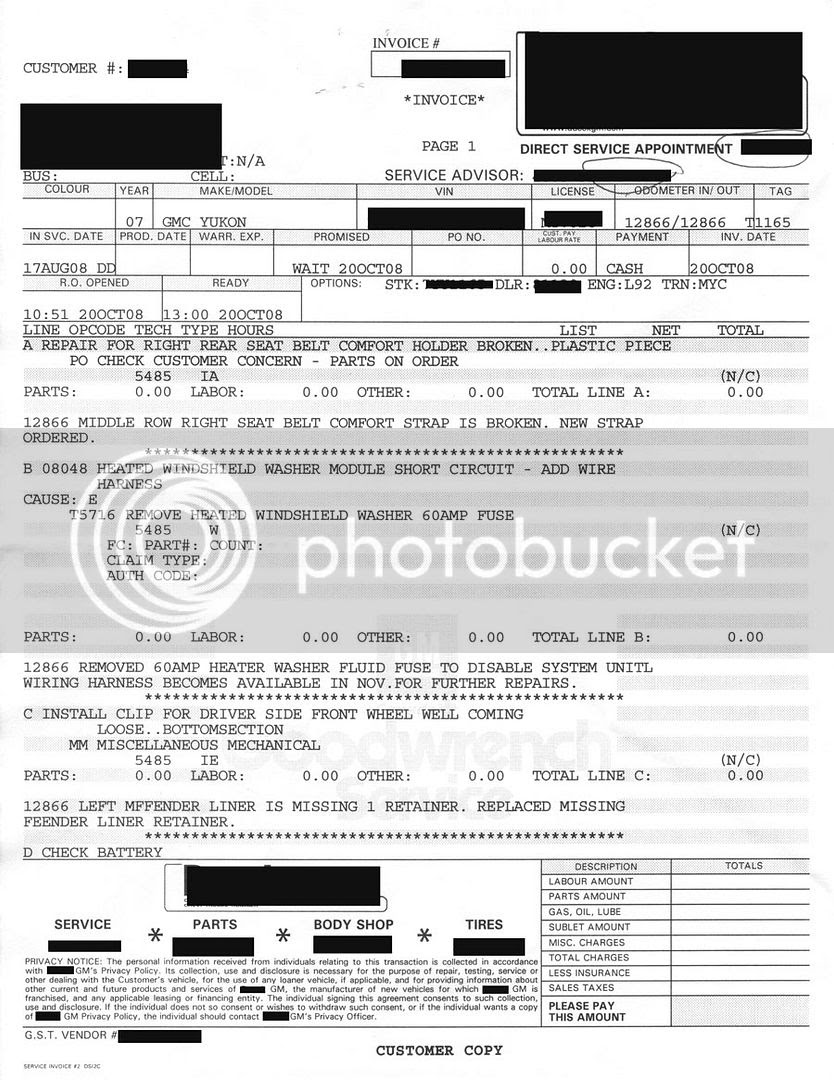 When we picked up our Denali from the dealership back on August 21, 2008, I noticed right away that the Seat Belt Comfort Holder on the 2nd row passenger seat was broken. It was no big deal. It just meant that my oldest daughter would have to sit on the driver's side because the belt didn't sit properly on her shoulder without it. Our salesperson ordered the part right away. With subsequent follow-up calls, we were told that the part was back-ordered. 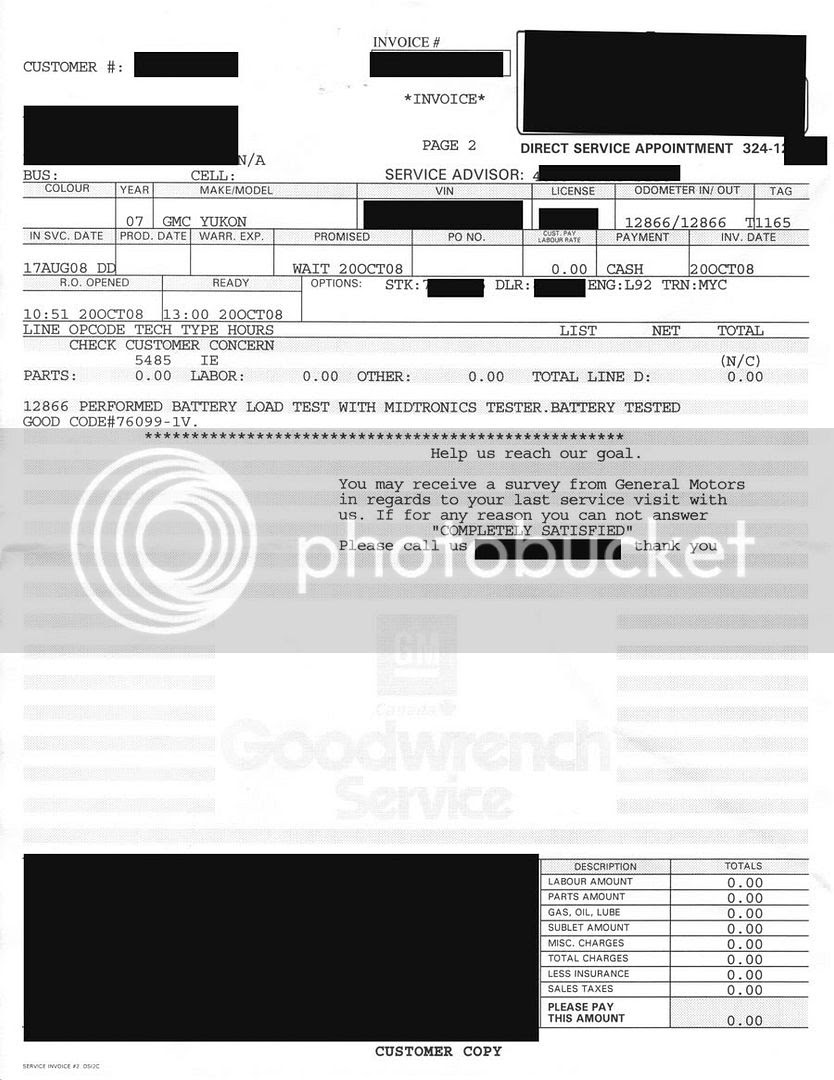 A few weeks ago, we got a call from our salesperson telling us that the part had finally come in and that someone from the service department would give us a call to arrange an appointment. That appointment was today and I was told that it would be quick, that it would be done in about an hour. However, when I checked back in an hour they had said it was not finished yet. Despite me seeing our Denali in the service area with no one around working on it, we waited for ANOTHER HOUR for them to tell us that they had ordered the part and to make another appointment. AAAARGH! I waited, wandering around the dealership for over two hours with my wife and 19-month daughter, just for them to tell me that they didn't have the part?!!! Do you know how challenging it is to keep a 19-month-old occupied for over 2 hours?!!!!

To be fair, I did ask them to check a few other items. They pulled a fuse to disable the heated windshield washer system (because the parts for fixing the recall aren't available) and replaced a missing clip on a splash guard. Oh yeah, they put a meter on the battery to test it, too. Now if all service departments charged GM corporate headquarters for over 120 minutes of labour for warranty work like this service department, it's a miracle that GM has survived this long.

This is totally frustrating because the whole point of making this appointment was to fix the seat belt. It was NOT for them to pull a fuse. I would NOT have driven 45 minutes--each way--to the dealership and waited over 2 hours just to have them pull a fuse!!!

I talked to the service advisor afterward to voice my dissatisfaction. He said simply that they did not have the part. He had no explanation why we were called and told that the part was in. He also had no explanation for why we were made to wait over two hours for them to tell us that. He did offer us that the next time we came in, they could install the part very quickly because it was not a complicated thing. Now that's good to know. Their 5 minutes of work is going to really make my 90 minutes of travel time, really worth my while. Aaarrgh!!!!!


So the bottom of the 2nd page of the invoice says:

"You may receive a survey from General Motors in regards to your last service visit with us. If for any reason you cannot answer "COMPLETED SATISFIED" please call us at ###-###-#### thank you."