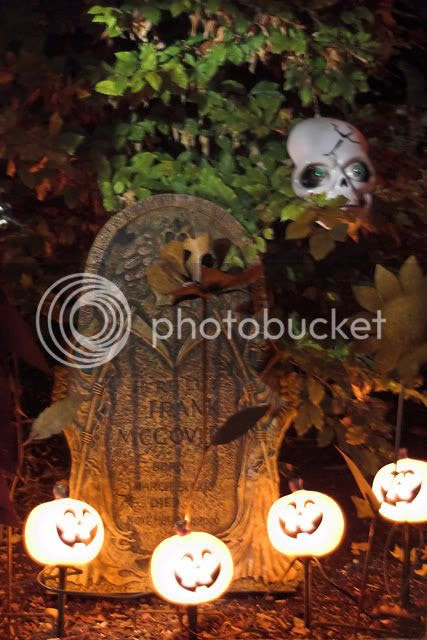 Well another Halloween is done. It seems like events around here become bigger and bigger spectacles every year, and Halloween is not immune. Tonight had to have been one of the busiest we've ever had. We planned for 130 trick or treaters and got an extra box of candy just in case. We went through all the candy and had to start rationing and recycling some of what my girls collected to make it through the 2 hours starting from 6pm until 8pm when I shut off our lights and blew out all the candles. My wife estimated that there were at least 200 kids of various sizes begging for candy.

Actually, "begging" isn't too far off considering some of the older kids who show up at the door. Maybe you're familiar with them? The ones who don't bother wearing a costume or show any indication that they actually put some effort into getting free handouts? Some didn't even bother carrying a bag or a pillow case to collect their goodies. Some just carried an open backpack--which made me wonder what kind of stash they were hoping to collect over the course of the night. One boy just held out his hands. I asked him where his costume was. He said he was "a teenager."

"An annoying teenager?" I asked.
"Yup," he responded as I reluctantly placed a couple of the junkiest candies I could find in to his open palms. 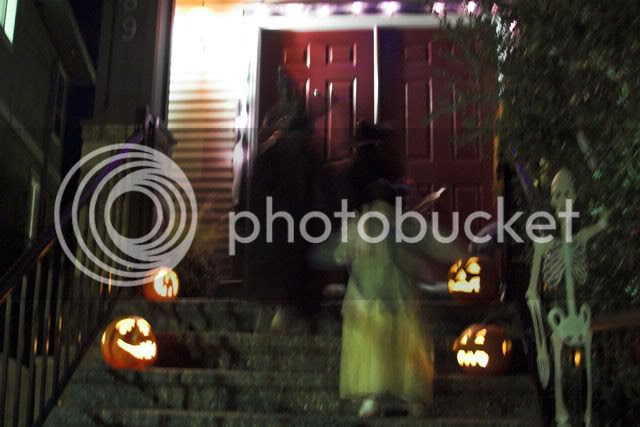 This year was probably the best year so far for our girls (and me). They were dressed as two witches and an angel. The two oldest had sprayed their hair silvery and I joined them in doing that. With the youngest being 4 years old, she was able to do all the walking and knocking and saying "Trick or Treat" and "Thank you" with her two older sisters. I didn't have to walk them to the door; I didn't have to remind them to speak loudly and remember their manners--I had an easy time. We returned home for one bathroom break and after that my second daughter decided that they were only going to stop at six more houses (because she's 6 years old) and they would be finished--they had collected all they wanted to collect. The child in me was a little disappointed because I knew that anything that they didn't eat, I would get--I wanted them to keep knocking on doors until their bags spilled over! 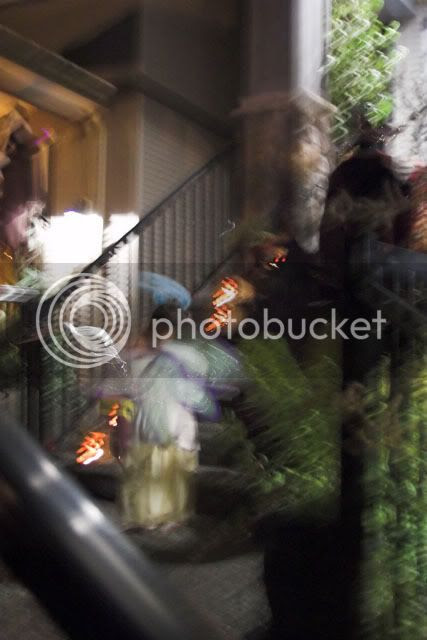 I guess there are other parents who feel the same way as me, but at least I think I'm a little more subtle. When we get home and sort through their candy, we take out the candies that are "bad" like the ones with nuts (one of our girls has a nut allergy) or are "bad" because I don't like to eat them. We give the girls other treats in trade. This year the trade was for gummy worms and Wagon Wheels. The candies I don't like to eat, I "recycle" by handing them out to the kids who are still knocking on the door. I admit it--guilty as charged--that's what I do. But I do that in the comfort of my home and it really takes very little effort on my part.

What surprises me is seeing the young parents every year who dress up their young children and take them door-to-door collecting candy. I don't mean the parents who are accompanying their shy or scared toddlers who won't knock on doors themselves. I'm talking about parents with really young kids--babies who can't even walk! They dress them up in silly little furry animal jumpsuits and follow all the other neighborhood kids, carrying their baby in one arm and a plastic orange pumpkin bucket in the other. Usually, dad is at the end of the driveway with a larger bag hanging off the handle of the stroller, ready to unload the bucket that mom hands off to him when she returns from getting the stash. I truly, truly hope that these parents are NOT feeding their 1-year-old babies all that chocolate and processed sugar. But then who is the candy for?

Another thing that we see here every year is a parade of vehicles who come rolling into the neighborhood, unload their crew of unruly pirates and ghouls and swarm the houses like hungry termites. We had so many people this year because at the peak of the invasion around 7pm, our cul-de-sac was filled with more cars than we had at our last multi-house garage sale--and you know how popular garage sales are! It was the most cars I'd ever seen for a single event--way more than the parade of vehicles we had during spring clean-up earlier this year.

So I have no problem shutting down business promptly at 8pm. Most of our neighborhood kids are done by then and it's only the older kids and the roaming minivans and SUVs who are left outside in the cold night. I do feel a little bad though when I look out the window and I see parents with younger kids (like ours) still looking for houses with their lights on. But shouldn't those kids be getting ready for bed? Oh, yeah, another thing that irks me....