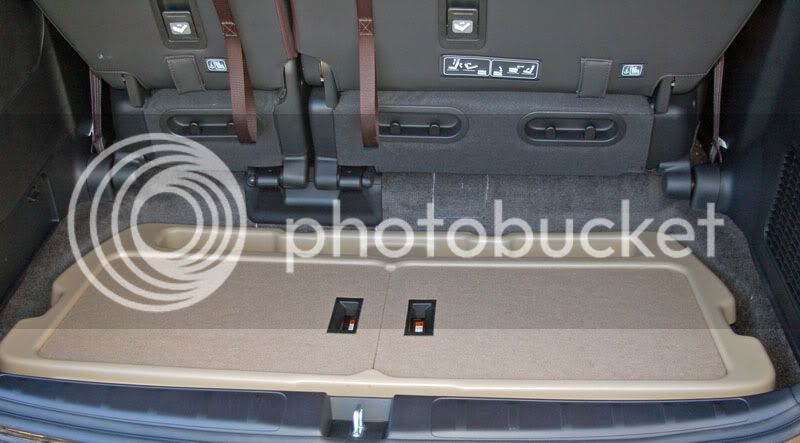 Honda makes an accessory for the Odyssey called the "Cargo Board" that allows you to have an extra "shelf" to load things in the back. You can see very clear pictures of how it looks and how to install it on this page. It also lists for a MSRP price of $298 USD! Once I saw those pictures (and that price), I began to think that I liked the cargo organizer I bought for our 2002 Mazda MPV much better. It only cost me $200 USD list and had been sitting untouched in my garage for the last 3 years--ever since we traded the MPV for the Toyota Sequoia. Because the MPV was smaller than the Odyssey, I started to wonder if the cargo organzier would fit. As you can see from the picture above, it actually fits quite well. 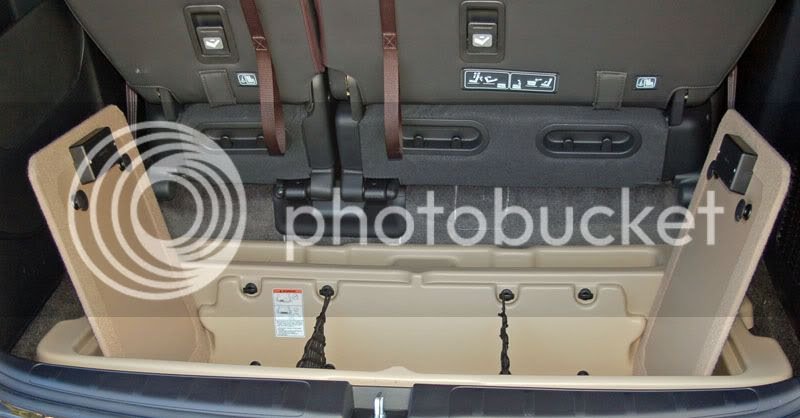 Rather than having the (intrusive) metal legs like Honda's version, these covers are supported by a form-fitting plastic tub. It doesn't give you the versitility of being able to have part of the 3rd row folded down, but it's convenient to take in and out of the van. Plus, with 3 kids (and #4 on the way!) there will be very few times that I will have the 3rd row folded down and split. 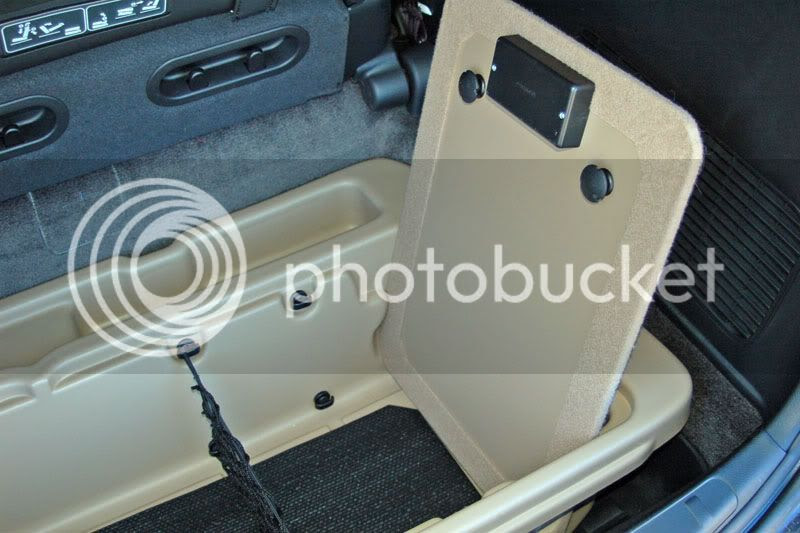 Next to the covers are two long pockets for holding small items. Inside there are eight sets of hooks to hold the two elastic nets in various configurations. There are also non-slip mats for the main compartment as well as the two pockets. In the following three pictures you can see how it fits in the Odyssey. To the left and the right, the fit is perfect. Towards the rear there's about 3 inches of room that I could use to fit long narrow things if needed. Because of the slope of the Odyssey's rear storage area, the plastic tub doesn't slide around at all. 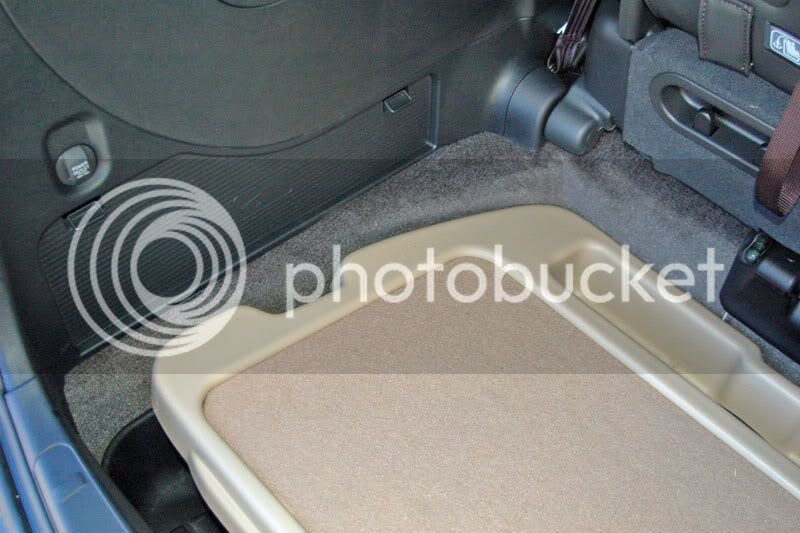 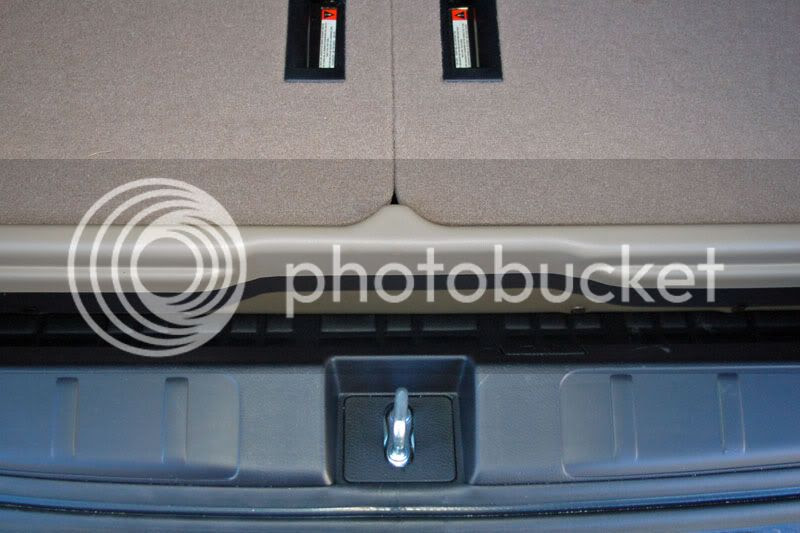 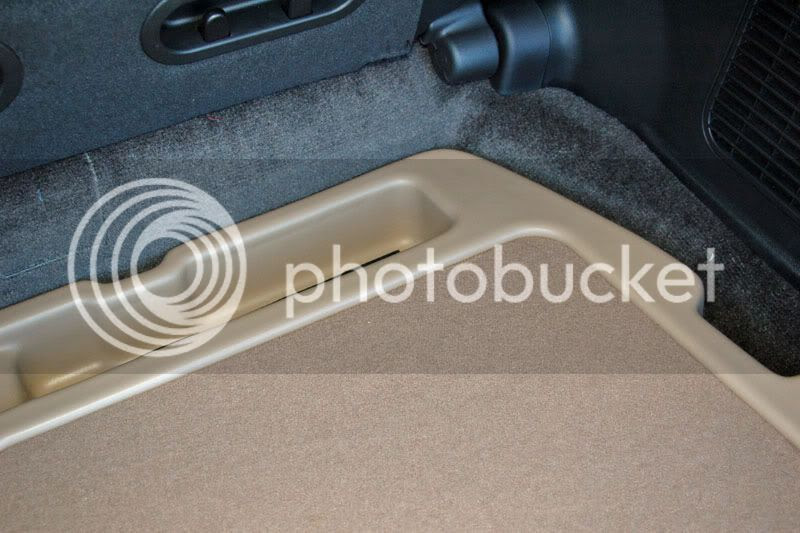 I'm so glad I didn't get rid of the cargo organizer when we sold the MPV. I even tried to give it away to one of my neighbors but he didn't want it. Our MPV had tan leather so the colour doesn't match with the Odyssey's black interior, but that's a minor issue considering I don't have to spend any additional money on it. We made a trip to Costco tonight and it worked great because we were able to put the small fragile things (like eggs and fruit) in the tub and stack the bulky items on top. Here's the part number from the original packaging when I bought it from a Mazda dealership back in 2002.

Note: At that time, this accessory--although made in Canada--was available ONLY in the USA. I ordered mine through a Mazda dealership in Seattle, Washington. I don't know if that has changed. Pictures of the cargo organizer in the Mazda MPV are available here.