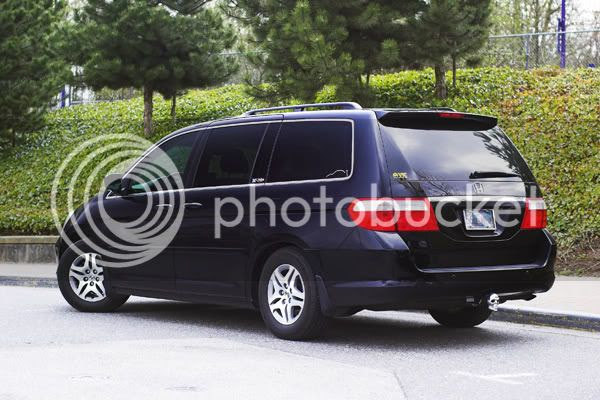 This week I've looked at 3 different vehicles to be possible candidates to replace our Honda Odyssey and Subaru Impreza STI: The 2008 Land Rover LR3, the 2008 Toyota Sequoia, and the 2009 Honda Pilot. In the end, I feel like I've just ended up where I started from. There is no perfect vehicle and choosing one is a matter of choosing which compromises I'm going to be willing to live with.

The truth of it is, I think our Honda Odyssey is a pretty good vehicle for us despite my shallowness in refusing to accept the fact that we are a minivan family. Maybe for passenger space it's not the best and it doesn't have 4WD, but it sure excels in cargo space and convenience. (And don't tell anyone, but sometimes I look at our minivan and I think it looks pretty good--for a minivan.) It's really hard to justify making a change in vehicles for only minor improvements in certain areas while giving up things in other areas.

So, now what? I have such a short attention span that I don't think I'm ever going to stop looking at new vehicles and new ways to spend money. But maybe I can hold off on getting rid of the minivan if I can make it more cool. Maybe something like new 20" wheels....