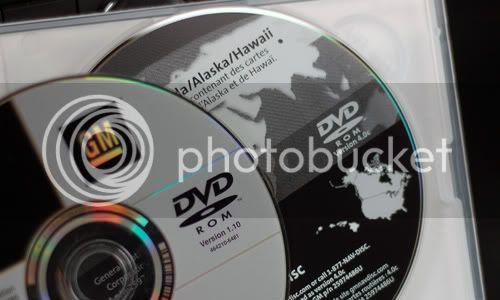 It finally arrived. The updated GM Navigation Disc version 4.0c arrived in the mail almost 3 months after I ordered it. The wait was so long and the nav disc I had (version 1.10) was so old that I got frustrated enough to buy a Garmin Nuvi 750 in the meantime. But I'm not complaining. The actual ordering process was very efficient and I received this disc update for free as part of a special program offered by GM. 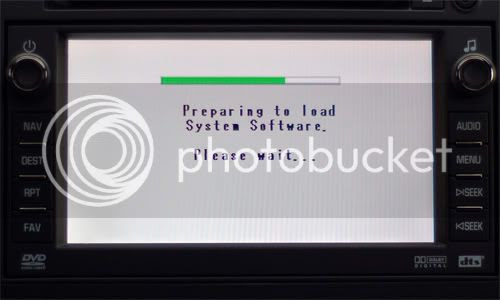 Updating the nav system was very easy. It was just a matter of swapping discs and the software installed automatically in under 5 minutes. After the install, my address book and favorites were deleted and my location showed up as Washington, DC while the system tried to acquire the GPS signal. 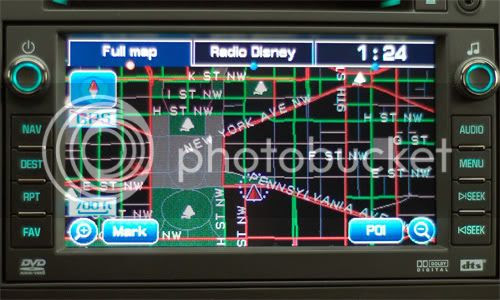 The disc that came with our 2007 GMC Yukonc XL Denali had data from 2004. Many roads in our area were missing and it could find almost none of the points of interests we were looking for. The new disc has 2007 data and includes the roads that were missing and a lot more POIs. It even includes map data for Alaska and Hawaii. In fact, it even as one POI that our Garmin Nuvi 750 refuses to take us to: the Costco on Ottawa Street. There's a few other differences that I've noticed. One is that the nag screen has been reprogrammed so that it doesn't come on all the time anymore. I guess I'll learn more about the changes as I use it.

Click below to see before and after screen shots of a road that was missing.

Before: The blue dots show the route when the Denali is "off-road." 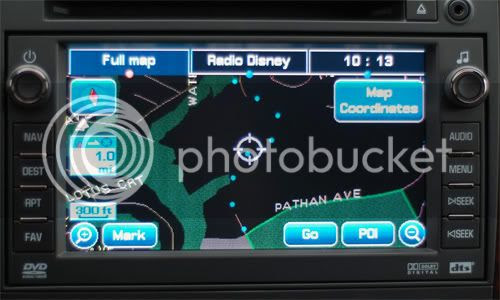 After: Yaay! The road is there!