Nothing is more lonely than empty space 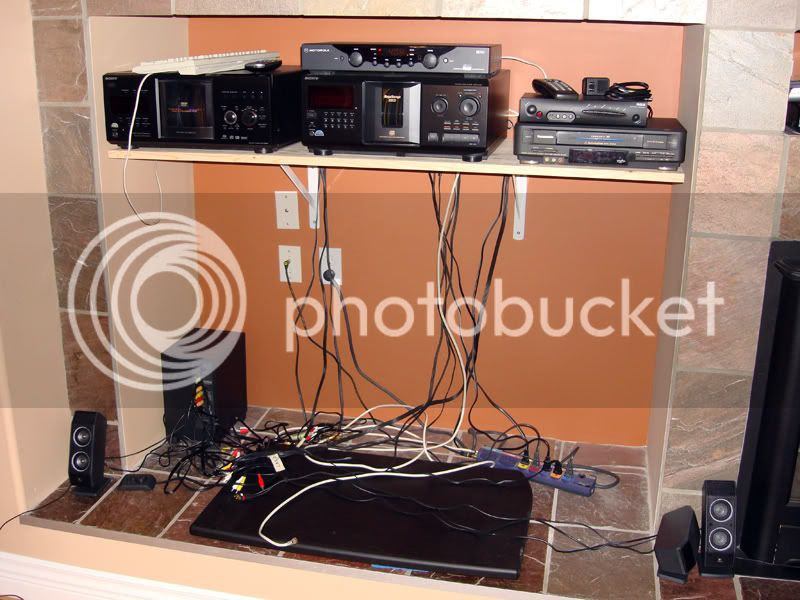 We had a problem with our brand new 52" Sony KDL-52W3000 LCD TV yesterday and it was a doozy: the picture just died. There was no video displayed from any of the inputs: TV (cable), Video1 (STB), or Component (DVD). Sound came in no problem and the menu showed up fine, but the screen was all black.

I did a factory reset and the initial setup, but the problem was catastrophic....

Actually the only way that I could get a live picture was to turn on "Picture & Picture" and watch it on one side of the screen. 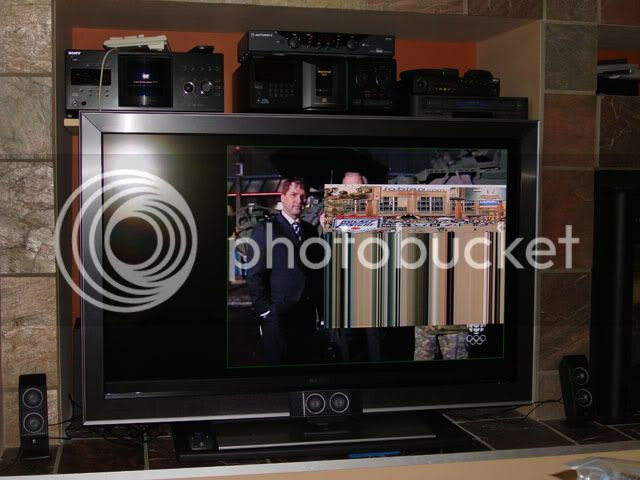 In the picture above, the live image is the large one behind the frozen, garbled image. When the P&P size was increased or decreased past the mid-size point, it would freeze and show the corrupted image. The only way to get rid of it was to turn the TV off and on again. At least, the P&P screen was still bigger than our old CRT TV.

It not all bad news, though. I went into Best Buy last night to arrange an exchange and had it scheduled for this Thursday. After I got home I checked FutureShop.ca for their 19-hour "After Hours" online-only sale. They had the same Sony KDL-52W3000 on sale for $2699--the same price that I paid a few weeks ago--plus they were giving away a free Sony BDPS300 Blu-Ray Disc player. That player on it's own costs over $450. Needless to say, I bought it right away because I know that these time-limited online sales offer some pretty good deals that can't be had in store.

This morning I went back to Best Buy I told them I changed my mind about the exchange and returned our old Sony KDL-52W3000. The only thing I didn't get refunded was the $50 delivery charge, but that's OK because I'm getting so much more value with the high definition Blu-Ray player. And that's not the end: there's a promotion right now where you can get 5 free Blu-Ray movies with a purchase of a Blu-Ray player. Since the average price of a Blu-Ray movie is $25-30, that's another significant savings. I'll definitely be submitting my receipt for that deal.

And wait--for fear of sounding like a late-night infomercial--Future Shop also has a Buy 1 Get 1 free offer on select Blu-Ray movies. I went in today to pick-up a couple of movies so that I'd be able to test the player as soon as it arrives.

So, with all the extra "free" stuff, maybe the TV dying wasn't so bad after all.... Now I just have to wait for delivery of the new TV and Blu-Ray player.