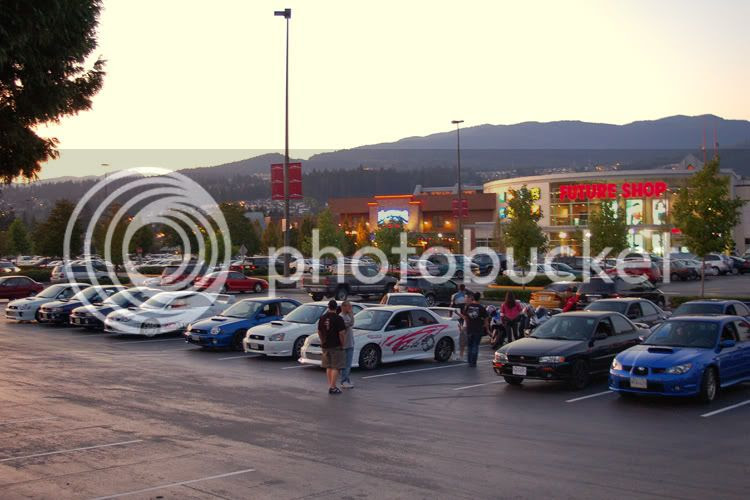 There was an impromptu Subaru meet last night and it was quite a large turn out for such short notice. There were around 16 cars that met at Coquitlam Center--a majority of which had started in Richmond. A couple more people came from Mission Raceway and met up with us mid-way through....

Something that I really like about the local group of Subaru enthusiasts is that non-Subarus have always been welcome to join the cruises. Actually, it's not only local enthusiasts, but the larger group is also quite accepting because I remember seeing a few non-Subarus in both the big Washington state cruises I went to this summer. We had a few tonight including a hot Mustang and a pair of beautiful AMG Mercs. There were even 4 sportbikes that came with us through the backroads of Mission.

It is this openness that I really respect because I don't see myself as just a "Subaru" enthusiast or a "VW" enthusiast or a "biker" or a "scooterist" or whatever. Boats, airplanes, Formula 1, World Rally Car--basically if it has an engine in it, I'm an enthusiast. Heck, forget the engine--if it can go fast, or over rocks, or if you can race it--I like them all. Just because I own a Subaru doesn't mean I have to hate all other makes.