Showing posts from October, 2007
Show all

First Watch Worn on the Moon 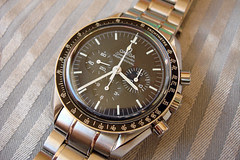 One of the reasons I stop by VWvortex is to get Volkswagen and R32 -related news, in addition to seeing what other people are doing with their R32s. I saw a thread about customizing key fobs which I thought was a neat idea. See over the fold for pictures and information. This '.:R' badge is constructed of aluminum and fits directly on top of the VW emblem on the fob. Despite being relatively expensive ($10 USD ea.)--life's too short--I ended up buying two. :o) Sold by NorPacvw.com The badge has an adhesive backing. Update 26OCT2007 : The adhesive backing is not as sticky as I would like -- I've noticed that my 'perfectly' aligned badge is now askew.
2 comments
Read more

In what I think was a nice touch, every new 2004 VW Golf R32 came with a R32 ballpoint pen and leather key chain . I was particularly happy to receive mine (although the United States --unlike Europe --didn't get the R32 umbrella ::cry:: ) because I'd heard some owners finding one or the other 'missing'. See beneath the fold for more information and pictures. I received a leather R32 key chain, extra key ring, and carabiner in a nice box. The key chain is marked up because I've been using it since day one. Well, maybe day two. Part No. 1J0 860 357 Included with the owner's manual was a R32 ballpoint pen, which I promptly removed and use frequently at home. The 'R32' lettering (in black) is much more visible than in the picture--my oft annoying camera flash, again.
Post a Comment
Read more

Last weekend after waxing my R I decided to take additional pictures from a more holistic perspective. More pics beneath the fold.... Follow this link for more pictures.
Post a Comment
Read more 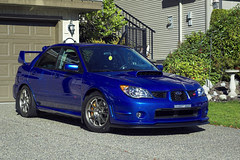 2006 Subaru Impreza WRX STI Originally uploaded by istargazer . It's been awhile since I took a picture of the STI. Here it is as of yesterday with its latest bobble: the Autospeed License Plate Trim.
1 comment
Read more

Normally in October I'm anxiously awaiting the next dry spell so I can wash and wax my R. This year, however, it's been unusually dry and warm. I used the opportunity to wax the R despite having waxed it only 5-6 weeks earlier. More beneath the fold.... I stuck with Einszett Glanz Wax which while not as long-lasting as sealants is a breeze to apply and looks great. Using my camera's flash bled out any pictures so I was forced to do without, which bought its own set of problems. Out of 15 pictures these two are the only ones that didn't turn out too fuzzy. ::sigh:: Maybe I shouldn't have had that cup of coffee....
2 comments
Read more 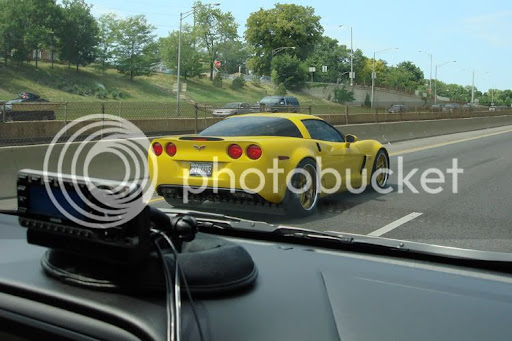 One of the best things I did to prepare for our road trip across the United States this summer was to subscribe to satellite radio. It was really nice to be able to listen to clear, high-quality sound no matter where we were. Also, the variety of stations available to us meant that we never were short of something to listen to. So imagine my concern when our Stratus radio stopped working altogether half-way through our trip.... I started noticing problems when we reached Thunder Bay, Ontario. After we had made the border crossing, the radio reset itself: presets erased, no subscription registration. After a few minutes, it re-registered itself and I was able to listen to music again. While we were in Thunder Bay, I was also observing strange behavior with our GPS so I just brushed off the radio problems to some sort of "satellite Bermuda Triangle phenomenon." As we got farther from the time zone border, the satellite radio continued to reset itself periodically. The annoy
2 comments
Read more

- Monday, October 01, 2007
One of the things I really appreciated during our road trip to Washington, DC was the ceramic window tint that was installed on the Honda Odyssey just before we left. Ceramic tint has excellent heat rejection properties that made a significant difference in our comfort, especially with the 35° C and above weather. One thing that I didn't think about was tinting the sun roof.... The way the sunroof is positioned in the Odyssey, any sunshine that came through would feel uncomfortably intense, so much so that I would have the shade closed almost all of the time--even here in Vancouver. I didn't have that problem at all in our Toyota Sequoia. So when I took my dad in to get his 2007 Infiniti G35 to get tinted, I brought the van in to get the sunroof done also. It only cost about $30 and even though it doesn't look much darker, I can now keep the cover open and let more light in without getting uncomfortable. Here's my original post about getting the Pinnacle Formula One
Post a Comment
Read more
More posts